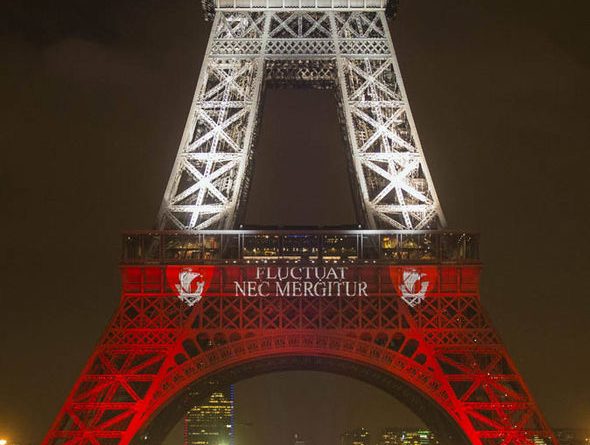 Following the Parisian atrocity there have been two main responses – a call for blood, and a call for a peaceful solution.

The call for blood is fairly straightforward: innocent people have been killed in a brutal attack, and there are those who want what basically amounts to retribution.

The peaceful solution is being called for by those who don’t want us to repeat the mistakes of the past – to recreate the Invasion of Iraq all over again (an event which, after all, indirectly led to the formation of ISIS).

But here’s the thing: we’re being provoked into a war by ISIS.

One of their goals – perhaps their most clear goal – is to provoke a military response against them.

(because doing so justifies many of their claims, and perhaps even their very existence – they get to portray the West as aggressive Crusaders, they get to invent a ‘war on Islam’ (doubly so if any EU states start imposing any totalitarian ‘security’ measures))

When one party involved in a conflict wants a war: you’ve got a war. ISIS clearly aren’t about to stop their own aggression. The fact that ISIS want us to retaliate is not reason enough to turn the other cheek.

But our retaliation needs to be appropriate. It needs to hurt them. Ideally, it needs to destroy them as an organisation.

That doesn’t mean “kill them all” (humanitarian concerns aside: you can’t kill an ideology by killing people).

Air strikes – while they might be immediately satisfying – probably aren’t going to cut it.

And – as quite a few people with experience in the field are saying – we need a detailed plan for what to do when ISIS are gone. What is going to replace them? If we don’t plan for that, then what will replace them is yet another fascist group with a stupid name, that will send terrorists out to kill civilians.

A diplomatic response might be plausible – if we weren’t dealing with this sort of fascist state. It’s not just that they don’t want diplomacy, it’s that they – like Nazi Germany and many other fascist states before them – can’tsuffer diplomacy. They need the threat of war to control their people and encourage new recruits. They needto keep expanding territory, both ideologically and in order to acquire the resources (i.e. seizing oil fields) to fund everything.

The best we could realistically hope for would be appeasement. That hasn’t worked out very well, historically speaking.

I think a military response will probably be necessary – but not the kneejerk responses we’ve been talking about, hopefully not on the scale people are talking about, and maybe not even in Syria. We absolutely have do it right, and not piecemeal or half-cocked as we have in the past.

But we, on the left in particular, need to stop recoiling instinctively away from the very mention of military action. War is a terrible, terrible thing.

Sometimes, though, war is the least harmful option.

One thought on “Peaceful Solutions”