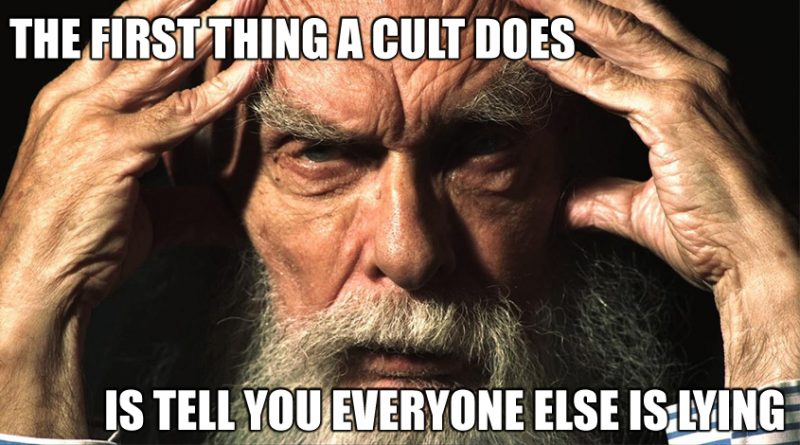 This is a rhetorical trick which is becoming increasingly common, and frankly it’s getting on my tits.

Because this isn’t about criticising your political opponents for things they’ve actually done or actually said; it’s imagining a scenario in which they do something hypocritical, and then criticising them for the hypocrisy that you’ve just imagined.

The current example winding its way around social & new media is this (from Another Angry Voice, in this particular instance): 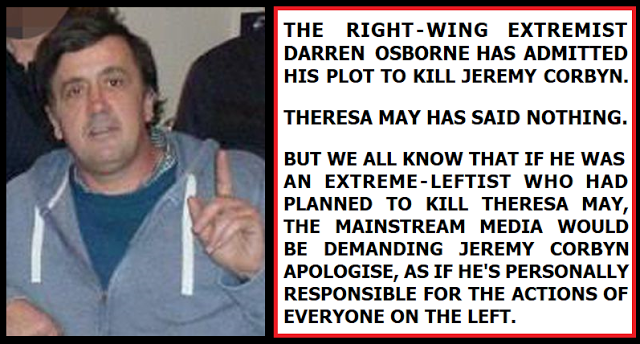 Notice the actual criticism here isn’t of anything that ‘the mainstream media’ or Theresa May have actually done.

AAV is instead imagining an alternate scenario, and imagining that the Press et al would behave totally differently. And condemning them for it.

On the basis of… what? “We all know” that’s how they’d behave?

Because it’s not on the basis of reality. There hasn’t been an attempted assassination of the PM, but there have been terrorist attacks aimed at Westminster. Corbyn didn’t get blamed for those by either the Conservative Party or ‘the mainstream media’.

We don’t have to go back very far to find actual assassination attempts on a PM (twice, by the IRA) – for which the then leader of the Opposition was not blamed or attacked (and nor was Corbyn)

This ‘double-standard’ is being wholly imagined. It’s a nonsense argument.

The same thing applies when Diane Abbott gets criticised for a car crash interview – we get told the media ‘would never treat a Tory MP like that‘, and even “Everything Diane does is amplified a hundred times more than anyone else” even though the same ‘mainstream media’ sources are often running articles rubbishing Theresa May, Boris Johnson & Phillip Hammond concurrently.

We hear the facile argument that Abbott is being criticised for poor interviews (by the media) because of her gender and ethnicity, while claiming that Tory MPs are not held to the same standard when they fuck up:

Even though it’s transparently obvious that the ‘mainstream media’ treat MPs like Johnson and Abbott – MPs who routinely cock things up, live on air – in much the same way: 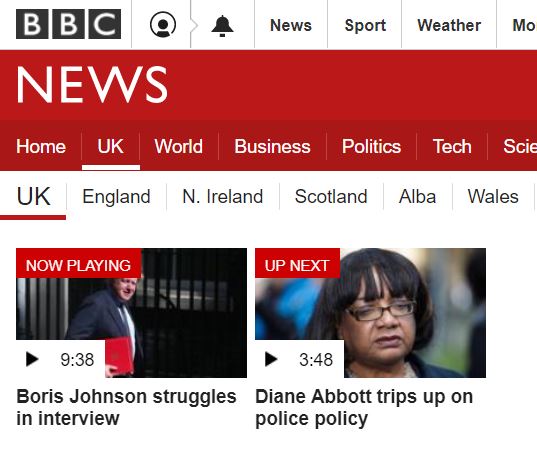 Again, this isn’t condemning the media for actual hypocrisy; it’s attacking them for invented hypocrisy.

(this isn’t to dismiss or to minimise the very real amount of abuse Diane Abbott receives on a disturbingly regular basis; that couldn’t be less acceptable in a decent society)

Making unreasonable demands of the ‘mainstream media’ is another variation of this (from The Canary):

The Canary here are complaining that no-one else is reporting Corbyn’s “historic” victory – but it’s a Borough Council election result. That’s not headline news ever, because few except politics twonks – and the candidates – give the slightest fuck.

It’s not hypocritical or in any way strange for the national news to fail to report on this item; it would in fact be ludicrous to expect our national media to focus on election results of such little consequence, and they don’t do so when it’s the Conservatives winning Local, Borough or Parish council by-elections either.

Which brings me to what the problem with all of this is.

Because ‘new media sites talk a lot of shit’ isn’t exactly shocking news. Nor is ‘new left media sites get overexcited over basically nothing and then turn it into a clickbait headline’.

But they have had a consistent agenda of repeating “don’t trust the ‘mainstream media’, don’t trust the BBC, don’t trust newspapers, don’t trust journalists, they aren’t telling you the truth, trust me instead”, which they’ve been doubling down on over the last year or two.

When someone is lying and exaggerating in order to make you distrust actual fact-checking journalists, labelling them ‘fake news’, in favour of believing them?
Well you know who else does that.

And you know why that’s dangerous. 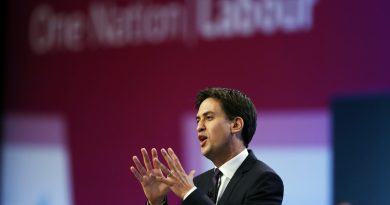 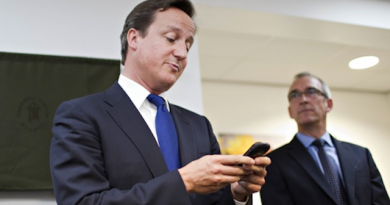