To find out why I’m doing this, see my first post or donate via JustGiving here

I’m updating this after the fact, but as with four days to go I only needed two more gamerscore I doubt many of you were on the edge of your seat.

As I mentioned in the comments to the last update, my son selected the classic Atari game ‘Paperboy‘ as that which would push me over the 100,000 threshold.

He was not being kind:

That video represents almost TWO HOURS of gameplay. Or ‘crashing into things and swearing’. For two gamerscore (well, twenty, but I only needed two)

But in the end, I stood triumphant! 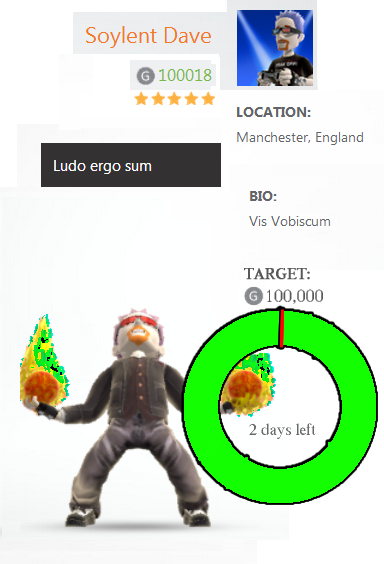 And, perhaps most importantly of all, I stand with a full head of hair.

Donations are still open (as promised, I’ve added my triumphant £100 to the total) – all donations go directly to Cancer Research UK via JustGiving, so even a small donation makes a difference.

At the time of writing, thanks to the support of everyone so far, we’ve raised £317 for Cancer Research UK – not bad at all, considering it was just me knobbing about the xbox for a month…

(thanks again to everyone who has donated!)